Galaxy has announced the GTX 460 Graphics Card called the 460 Razor Edition. It is the world’s only single slot one chip version Graphics Card. 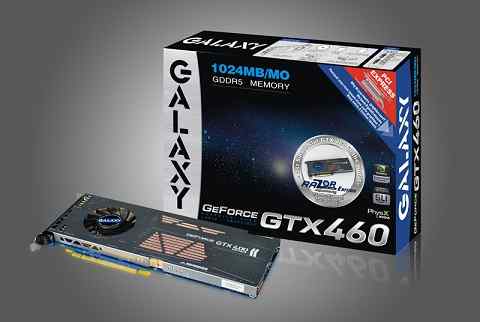 GTX460 Razor is the extention of the standard version using 336 stream processors, 256-bit bus, core processor frequency of 675MHz, shader processor frequency of 1350MHz, along with 256-bit 1GB GDDR5 memory having an effective of 1800MHz and 3600MHz as Quad Pumped. Output interfaces use a DVI port along with a DisplayPort. Galaxy supplies an adapter for DVI to VGA conversion along with the card. Note that there is no SLi bridge.