There is always a greed for humans to get more and more. When it comes to technology, researchers want to invent much advanced technology making humans comfortable. Computer industry is now booming around the world. Important aspect of using computers is its storage capacity. Some people need hard drives with huge capacities to store their massive data archive, music, video and other multimedia files, etc. In order to satisfy their needs, western digital launched its 2TeraByte single hard drive.

First ever 2TB storage capacity in one single drive:

The cost of this hard drive is around $300. 2TB WD20EADS is far better than other high capacity storage devices and Western Digital achieved world’s first drive having 2TeraByte in single drive. Seagate Barracuda 7200.11 holds the honour for highest capacity of 1.5TB before Western Digital. It has four 500GB platters and each contains 400Gigabits per square inch. This drive occupies a place in WD’s Green Power Line of Hard Disk Drives, as it is eco friendly and consuming low power for working.

This 2TB drive performs more than average under most conditions. When compared with its toughest rival, Seagate’s Barracuda 7200.11 1TB, it performed better than its rival did. It ranked 5 in the PC World Test Center benchmarks, one rank ahead of its rival. It proved to be far better than its sibling Western Digital Caviar Green 1TB was WD10EACS as it completed 9 in the overall performance ranking. Since performance of 2TB hard drive is above average, it failed to compete with its best performer Western Digital’s RE3 Enterprise 500GB and Western Digital VelociRaptor.

END_OF_DOCUMENT_TOKEN_TO_BE_REPLACED

Seagate, known for its reliable hard drives, now manufactures hard drives that are eco-friendly in nature. Apart from capability and performance the 12-generation drives of barracuda family proved to consume power, creating environmental friendly systems. Seagate barracuda 7200.12 family consists of hard drives whose capacities range from 1000GB, 750GB, 500GB, 320GB, 250GB and 160GB. All these drives have their unique performance and ability to save power. This 7200.12 family hard drives offer performance, capacity and reliability with good combination. The pros and cons of Seagate barracuda 7200.12 hard drive with 1000GB capacity is reviewed in this article. 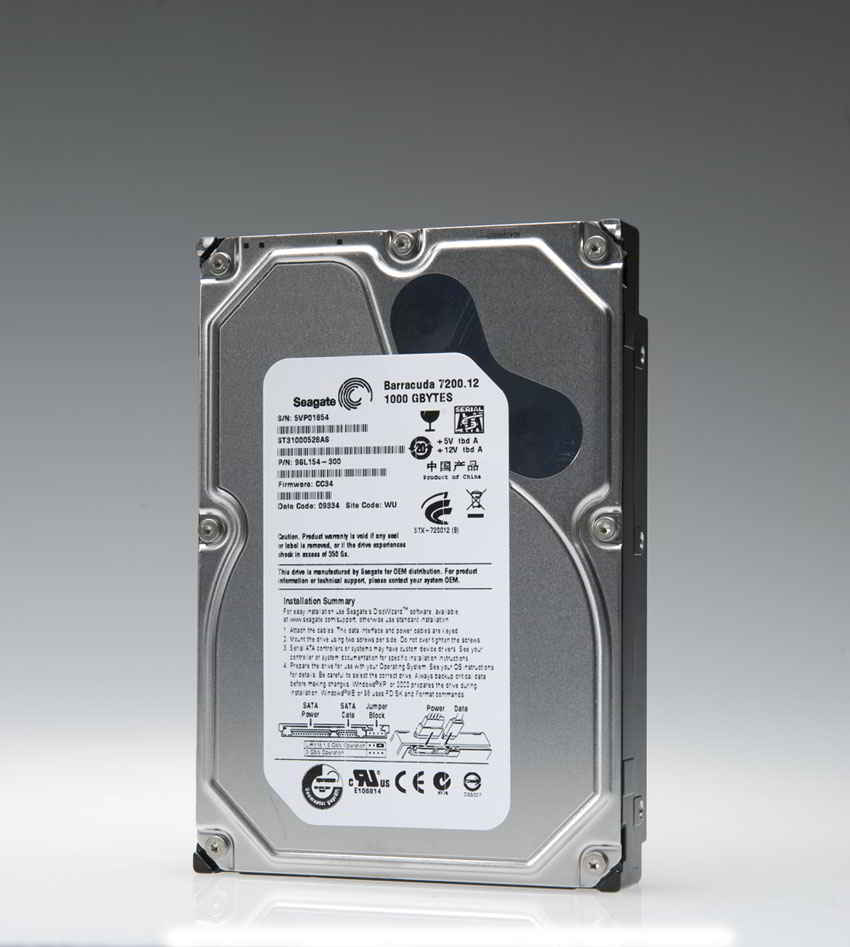 The 7200.12 1000GB drive has a 3GB/s SATA interface with NCQ. It has a cache memory of 32MB and it has the ability to work with sustained data rate of 125MB/s. The maximum throughput rate of this barracuda can sustain up to 126 to 131MB/s, which makes this barracuda the first hard drive to achieve this speed with 1000GB capacity and spindle speed of 7200 rpm. The acoustic output of this drive is 2.5 bels and 2.7 bels during idle and seeks situations respectively. Combining all these specification, the barracuda 7200.12 1000GB delivers high performance than its rivals.

END_OF_DOCUMENT_TOKEN_TO_BE_REPLACED

Western digital is focusing a lot on manufacturing low power consumption products in order to meet the requirements of PC users all over the world. Every possible aspect of hardware and drives are optimized in order to consume low power during operation and especially during idle time. The intelliseek technology of western digital enables lower power consumption and reduces the level of noise created by drive operation. IntelliSeek actuates the actuators exactly when it is required for operation. Western digital officials claim that these advantages did not result by slowing the sleek times. This power saving option never compromises the performance of the drive.

Apart from this, 750GB capacity of the drive gives an additional boost to pc enthusiasts. 750GB is packed in 4 perpendicular platters. Reliability is enhanced with internal supports. Each perpendicular platter consists of 188GB. The drive feature 16MB of cache and spindle speed is 7200rpm. Perpendicular magnetic technology is used to store data. In perpendicular recording technology, the data is stored vertically unlike traditional horizontal way. This enables the drive to have increased areal density.

END_OF_DOCUMENT_TOKEN_TO_BE_REPLACED

Transcend SSD 18M has a subtle design and many other have no idea of what design it is. It has a glossy diamond finish on a black plastic. The logo of Transcend appears in one corner. It covers 8 cm by length, 1.25cm by width and 5cm by height. It contains eSATA and USB port on one side of the drive. Entire weight of this hard drive is 50grams. Dynamic parts and spinning plates are absent in SSD, which proves to be a greater advantage to hard drives. SSD 18M uses a NAND flash memory to save data, which is reliable and offers faster throughput and lesser power consumption. This hard drive contains no software and Windows XP, Windows Vista and Mac OS X supports this hard drive. 32GB, 64GB and 128GB capacity hard drives are available in 1.8inch transcend SSD 18M.